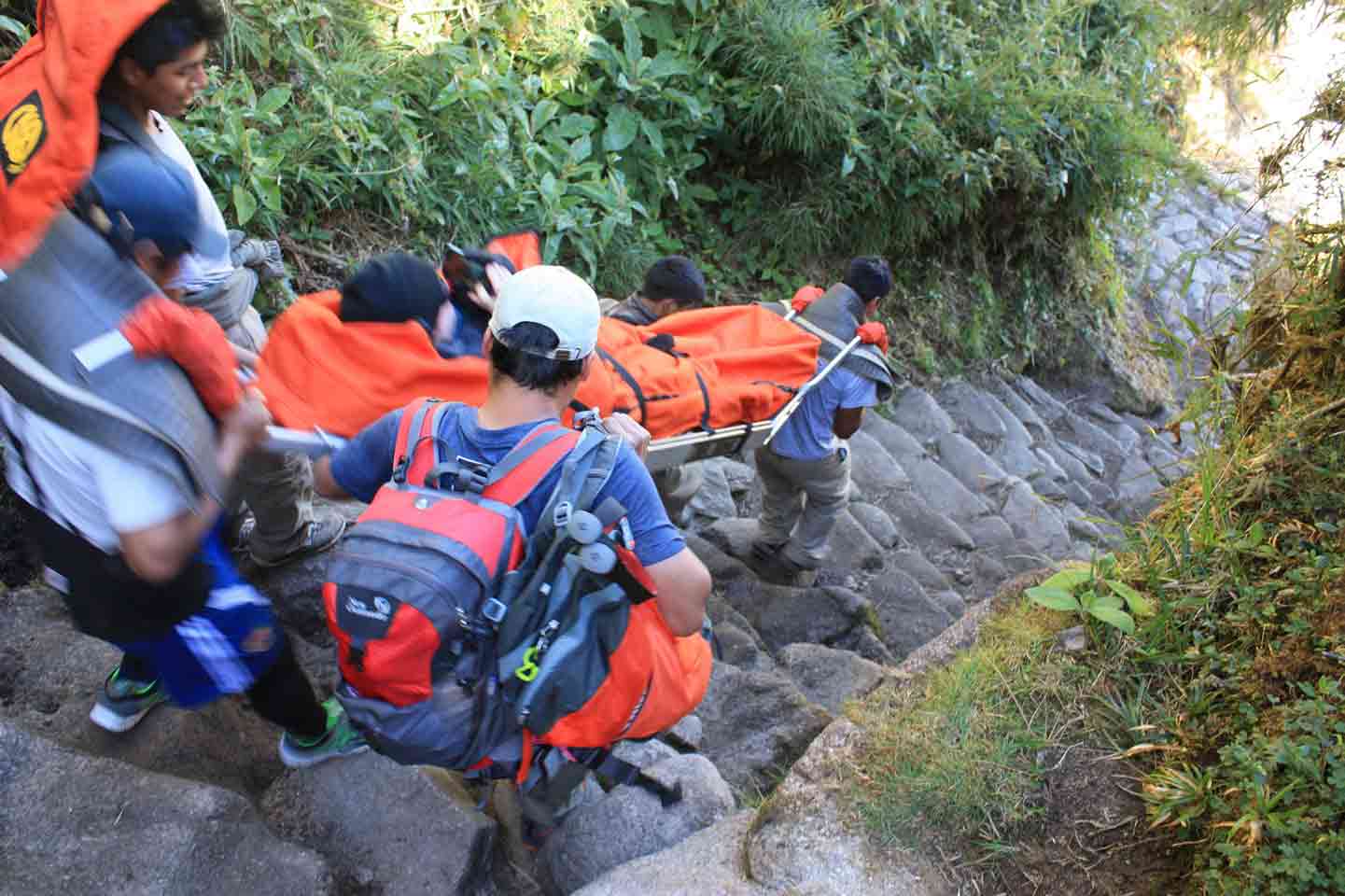 Has Anyone Died on The Inca Trail?

Has Anyone Died on The Inca Trail? what do you think? is The Inca Trail Dangerous? of course, as a leader of your crew, you should know where are you going and how risky would be to hike the Combined Inca Trail Tours To Machu Picchu.

This Inca Trail hike is a hiking trip to Machu Picchu located in Peru. Many tourists and hikers use it for climbing and hiking to explore the beauty of Peru in 4 days. It is one of the most visited and famous treks; however, it comes with its own risk.

It is a tough trek that has casualties and risks at certain points. After visiting the mythical Cusco city, the Inca Trail Trek becomes dangerous, which is also called as Hike of the Death woman Pass at a specific point. It is the place where various people have lost their lives.

How many people have died doing the Inca Trail?

Machu Picchu is a popular tourist destination for travelers from around the world. But it’s not without risks, and there have been deaths on both Machu Picchu trails in recent years – including one this past summer!
No matter how many people visit these sites each year though (upwards of 7000), all will never compare to what happened back when history was made here: The sacrifice made by 125 brave souls who gave their lives so that others might enjoy life free together under perfect skies…

Analysis of All The Reported Deaths on The Inca Trail

It is a dangerous hiking trek that is considered one of the most complicated hikes in the entire world. We will discuss the death report and accidents that happened on the Inca trail. The trek leads to Huayna Picchu, Which is an impressive mountain. We will take a look at the hiking trek and the death reports that are known.

Height of The Inca Trail to Give You an Idea

The 4 Days Inca Trail starts with a height of 2,600 meters. On the first day, you will experience a height of 3,300 meters as the Inca trail descends. On the second day, Inca Trail ascends at the height of 4,200 meters over Dead Woman’s pass. It is also the highest point in the whole trek which can also be dangerous for many people with acrophobia (vertigo) it gets dangerous in the rainy season because is slippery. The hiking trail becomes normal as it descends to 2,600 meters.

Huaynapicchu Death Reports you Should Know About

Only a few confirmed death reports of the people who died while climbing towards Huayna Picchu Mountain from the Inca Trail. However, it is visited by many people, which means the statistical ratio can be very high. Most people have not reported the missing bodies, which surely have been considered dead. You also have to keep in mind that the Hike is very scary and dangerous at certain points.

It has been reported that in July 2016, a German tourist died while taking a photo on the top of the mountain. He was climbing toward Huayna Picchu, and the trek was quite narrow at the place he was taking a photo. He couldn’t concentrate on the trek while taking the photo, which cost him his life. It is important to enjoy the trek and be careful about it. Tourists are often told to put their cameras down and only focus on the scenery and trek.

In 2013, an American tourist who was named Rachel Cecilia Lanni Died while climbing on the Inca trail to Machu Picchu. she died because of falling into an abyss. He was 26 years old and a huge admirer of hiking.

In 2013 it was also reported that a German Tourist Werner Jobst Grimpen. He was an older adult who has a very keen interest in hiking. He died because of maintaining balance for taking a photograph.

It is a very dangerous and steep track, and most tourists have lost their lives because of taking photos. The tourism authority has taken notice of this, and nowadays, it is not allowed for tourists to take photos while hiking on the trek.

CUSCO, Peru – A nearly week-long saga of pain and uncertainty came to a close as a German tourist who was traveling on the Inca Trail died in a Cusco hospital. original copy from Andina News more info on the link above

Andina news agency writes that the accident took place at approximately 10:30 am on Sunday, Dec. 22. 73-year-old Werner Jobst Grimpen fell from a precipice along the Inca Trail along with hiker Frank Sherrien Phillipp, a fellow German traveler of 27 years of age. Andina reports that the two tourists fell after rocks near the Wiñayhuayna sector came loose and fell.

In 1998 a tour guide whose name was Luis died on the trek. However, his source of death has not been cleared. Most people say that it is because of weather conditions and the steep trek. Along with him, it is reported that a 70-year-old woman also died while climbing the Inca Trail to Machu Picchu.

In 2015  a landscape worker died while working on the Inca Trail. He died because of falling. He couldn’t maintain his balance and slipped.

In 2008 according to a report, a British banker died on the Inca trail. He was suffering from some health issues, and also because of the altitude Sickness on The Inca Trail, his death was reported to the authorities. It is said that he died in a very dubious condition.

An Israeli tourist died on the trek near the zip lining. He was 24 years old. His death was also reported to the authorities; however, the body cannot be found. (this incident was in another tour named Inca Jungle we are putting on this report just to consider and prevent in any scenario touring in Peru )

Deaths Due to Landslide

In 2010 landslide happened on the Inca Trail to Machu Picchu. There was a lot of mud sliding reported, which trapped many tourists within the Aguas Calientes. Two people were reported to die on the Inca trail during the extreme landslide.

Surviving after a Fall

In 2006 reports, a British millionairess Survived a fall of 6 40 feet on the Inca trail.

Things to Know About the Inca Trail

Some of the deaths on the Inca trail are unfortunate. However, there are a lot of myths that come with the death rate on the trek, which cannot be confirmed number.   So, we hope this article is named Has Anyone Died on The Inca Trail? will give you an idea of the history of the Inca Trail.

← How Long Does It Take to Hike the Inca Trail to Machu Picchu? Machu Picchu Hike Difficulty → I’m Cesar Conde, Tour Leader In Peru and my other side job is Nomadic Digital. I share my own Hiking Tour Experiences, travel stories, guides, and itineraries for travelers like you and me!

This post contains select links to products from our sponsors. When you click on these links, we may earn a commission. For more information about our Advertising Policy, please visit this page.. 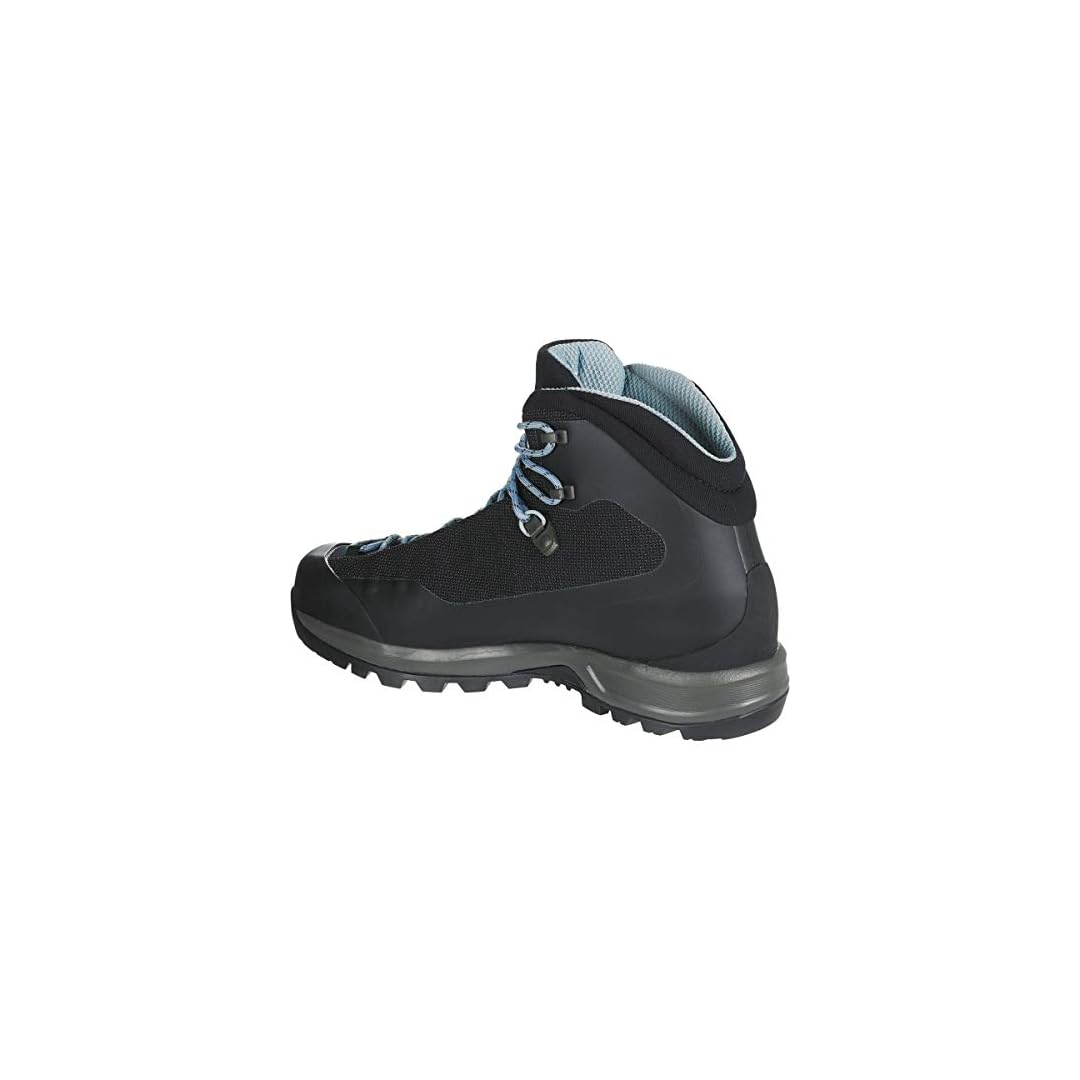 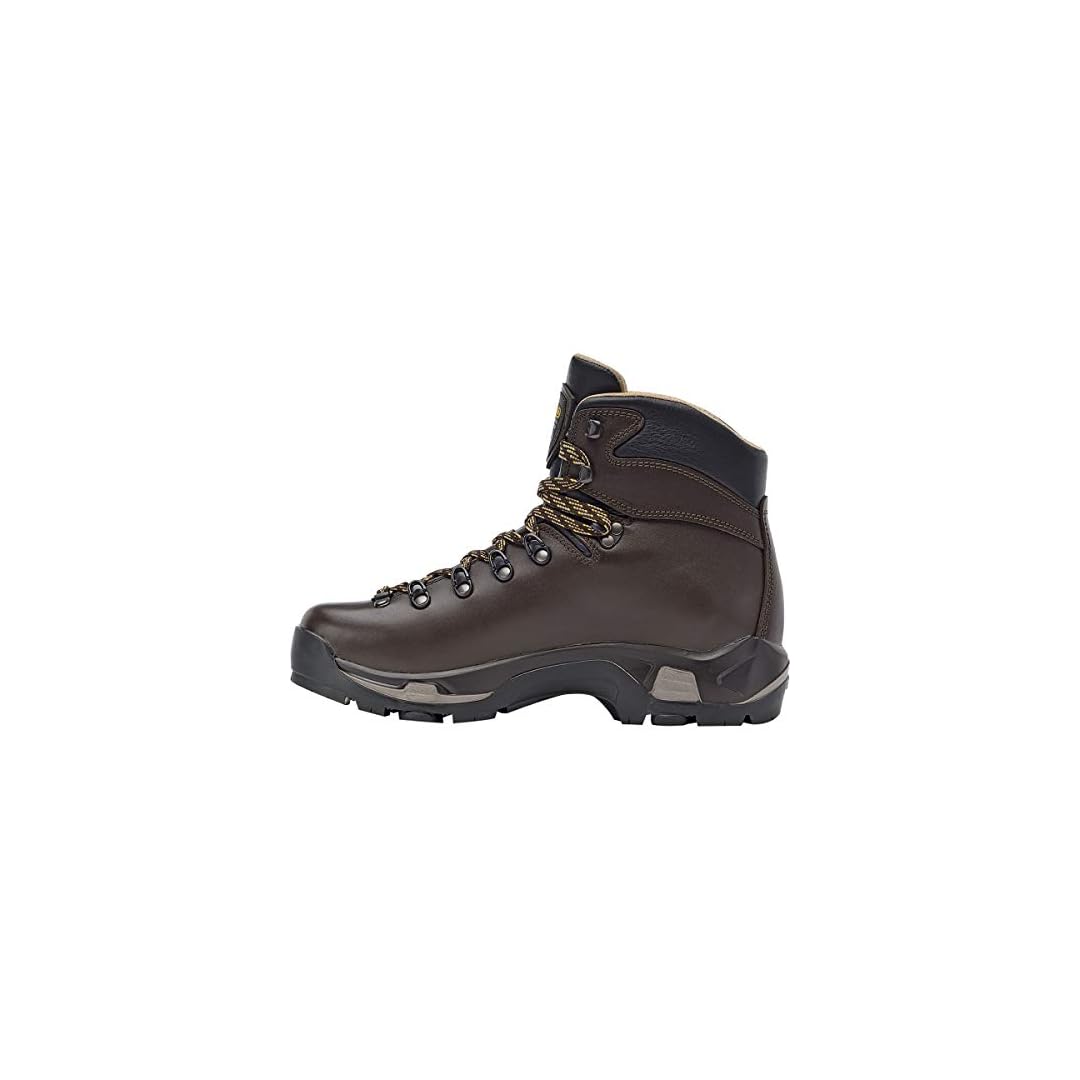 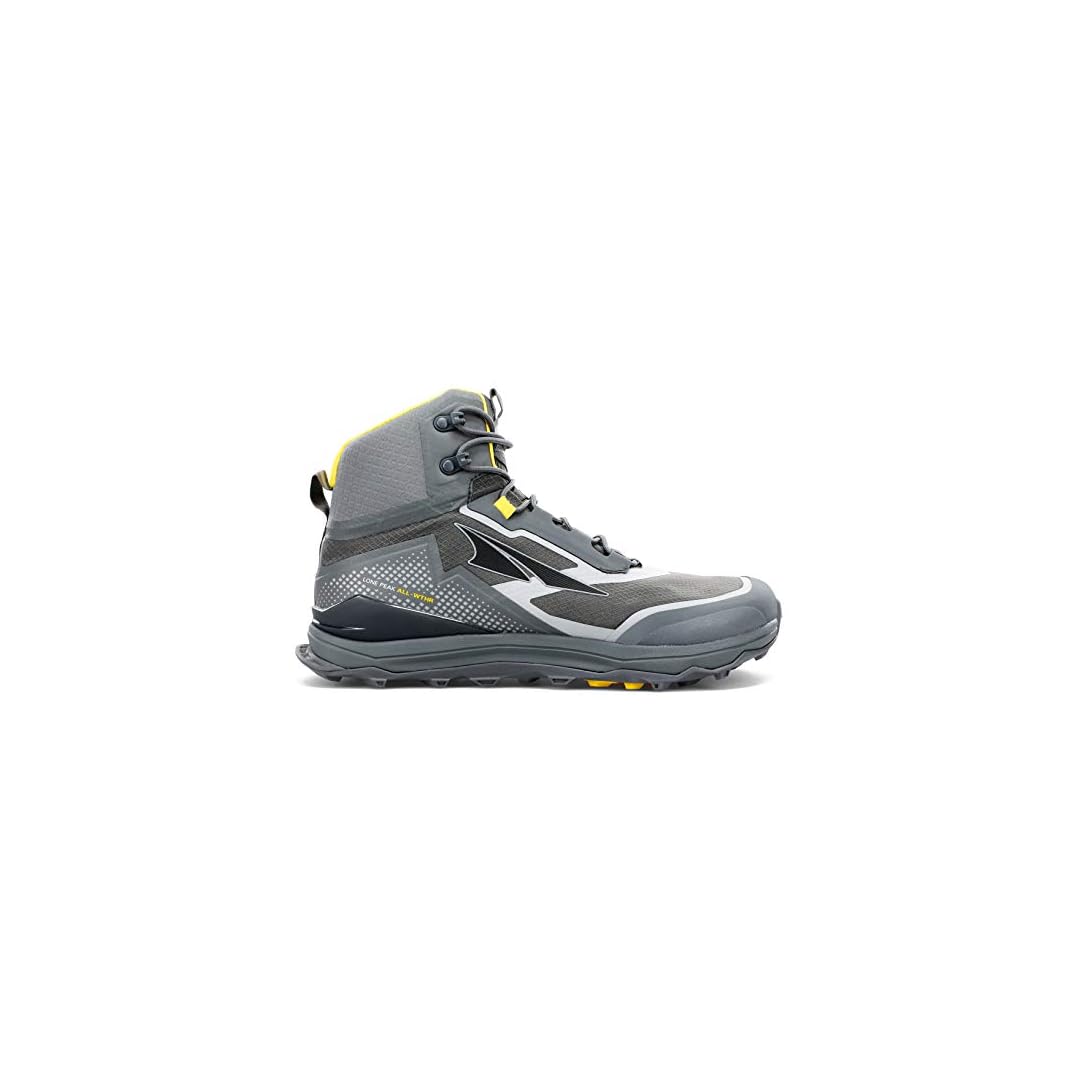 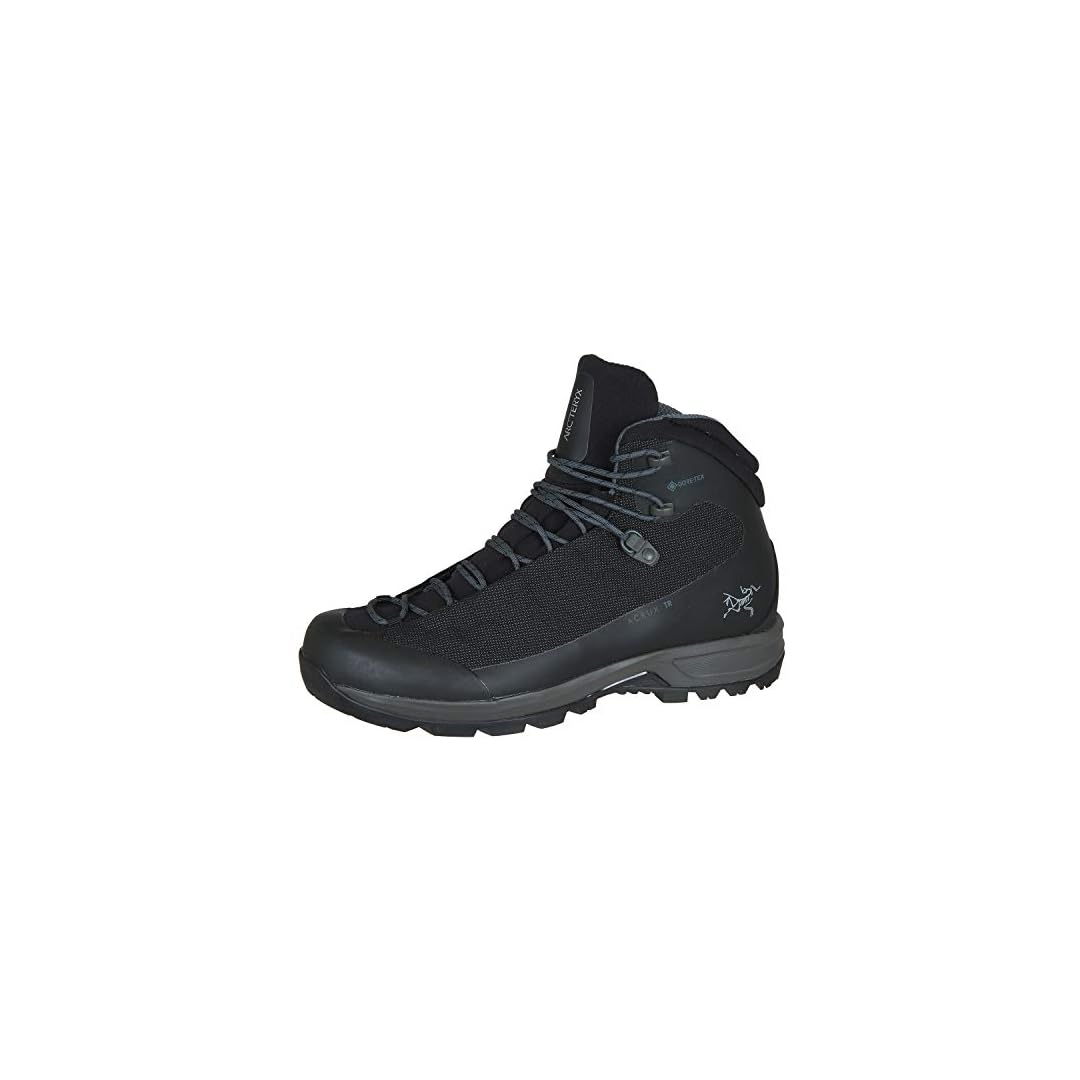 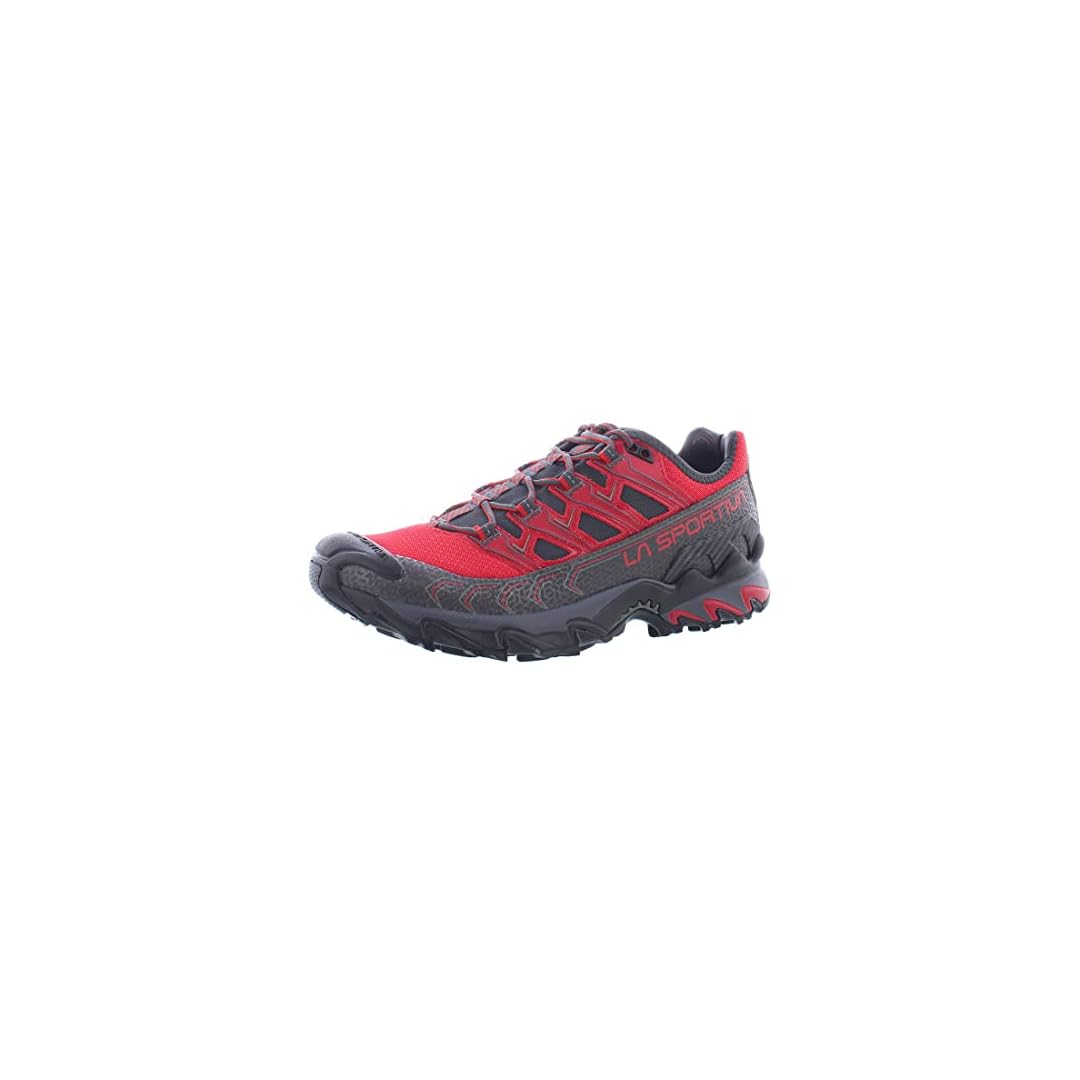 Rubber sole
Heel measures approximately 1″
Waterproof Hiking Shoes: Power through uphills and descents with the X Ultra 4 GTX; It has the agility of a trail running shoe but with the stability, grip, and waterproof protection you need for technical hikes 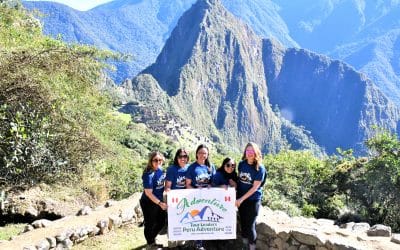 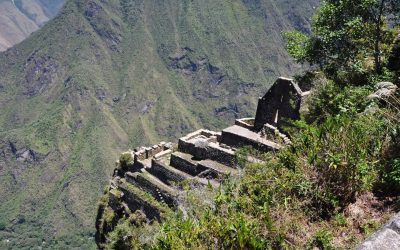 What To Pack For Machu Picchu

What To Pack For Machu Picchu? What an amazing view from Machu Picchu! If only I had known what to pack for Machu Picchu before my trip. Lucky for you, I'm going to share with you 10 Essential Items You Must Pack for Your Trip to Machu Picchu I mean everything you'll... 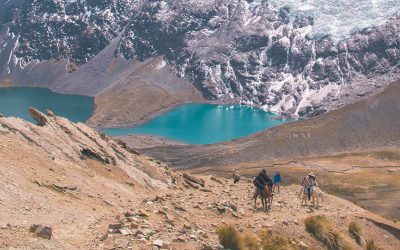 Ausangate Trek Without Guide and survive the Andes in Peru. Want to hike the Ausangate Trek but don't want to pay for a guide? Here's how to do it yourself on a budget! This trek is one of the most popular in the Cusco region, and for good reason – it offers amazing... 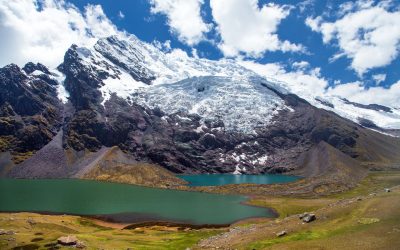 Ausangate To Rainbow Mountain Trek Comprehensive Hiking Guide in Cusco Peru. The Ausangate Trek is a high-altitude 70km hike in the Peruvian mountains near Cusco with an average altitude of over 4000m. Unlike most other hikes in the region, Ausangate is not about Inca... 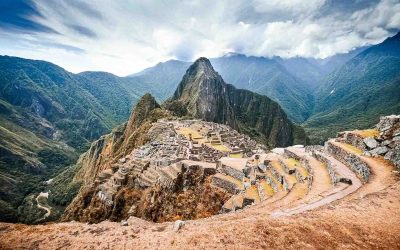 How To Travel To Machu Picchu from the US? When to visit machu Picchu? here in this travel article, we'll answer the most important questions about Peru Travel & Best hiking trips to Machu Picchu. Machu Picchu is one of the most popular tourist destinations in... 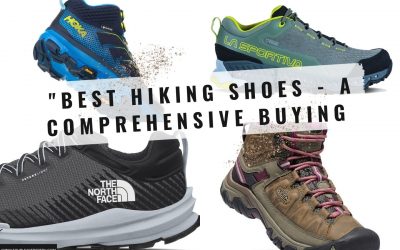 It is no secret that a good pair of best hiking shoes for women or men can make or break your hike. With so many different brands, materials, and styles on the market, it can be tough to decide which best women's hiking shoes are right for you. This comprehensive Best...